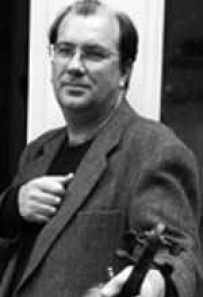 Jan Repko was born in South Africa. He started studying the violin with Jack de Wet and later continued his studies with Davina van Wely at the Sweelinck Conservatoire in Amsterdam. He also worked with Nathan Milstein, Dorothy DeLay, Victor Lieberman and Berl Senofsky. He has regularly performed as a soloist and in chamber ensembles. After 5 years as concertmaster of the Northern Philharmonic Orchestra in the Netherlands, he decided to concentrate on teaching and was appointed at the Conservatoire of Amsterdam. During this period he was very active in teaching talented young violinists and is a co-founder of the Netherlands Youth String Orchestra.

Jan Repko is an internationally recognised pedagogue and is one of the most sought after teachers in the United Kingdom, drawing students from all over the world. They regularly perform as soloists and chamber musicians and have been top prize winners and laureates in many major international competitions, including the Menuhin, Sibelius, Wieniawsky and the Queen Elizabeth violin competitions.

Jan Repko is a professor at the Royal College of Music in London and at Chetham’s School of Music in Manchester. He teaches at various summer schools and is a faculty member of the Academie Internationale de Tignes (Musicalp). Jan Repko is founder and artistic director of “Festival Quattro Corde" in Sant’ Agata Feltria in Italy. He is regularly asked to give masterclasses all over the world and serves as a jury member in many international violin competitions.

Jan plays on a Tommaso Balestrieri and a Stefan-Peter Greiner. 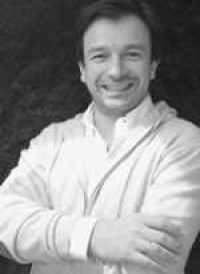 Internationally renowned as a soloist as well as a pedagogue, Romanian-born French violinist Radu Blidar is founder and president of the Vibrarte International Music Competition in Paris.

Radu Blidar studied in Romania, in France at the Conservatoire National Supérieur de Musique de Paris and in Austria. He was a prize winner at numerous international violin competitions. Elected in 1993 young violinist of the year by the European Council and the Juventus Foundation, he was awarded in 1994 the Fondation de France prize, then in 1997 and in 1999 the Musique Française and Musique de Chambre honorary prizes.

Radu Blidar teaches at the prestigious Royal College of Music in London. Many of his students have been laureates at international competitions and are also members of major orchestras.

He plays on several violins, including a 1714 Stradivarius.

Melissa Phelps has demonstrated a wide range of musical interests throughout her career. She has played throughout the world as soloist, recitalist and chamber musician and is a highly respected teacher. She has played concertos with the London Sinfonietta, the Bournemouth and BBC Welsh Symphony orchestras; recitals and chamber music at many international festivals, including Edinburgh, Cheltenham, Bath, Kuhmo, Maggio Musicale; and the International Musicians Seminar in Cornwall. Her chamber music collaborations have included performances with Sándor Végh, Salvatore Accardo, Bruno Giuranna, Thomas Zehetmair, the Nash Ensemble and the Trio of London. She has given recitals in all the main London concert halls and recorded for BBC radio and television.

Melissa was appointed a professor at the Guildhall School of Music and Drama at the age of 29; she taught there for several years and at the same time at the Yehudi Menuhin School. Her current professorship at the RCM was preceded by an appointment at the Conservatory of Amsterdam.

Many of her former students are now highly respected musicians and international prize winners; they include Paul Watkins, Thomas Carroll, Alexander Chaushian and Rebecca Gilliver. Her own teachers were Joan Dickson and Paul Tortelier and other major influences have been Johannes Goritzki, William Pleeth, Sándor Végh and the late Jacqueline du Pré who was a close friend. She played in Jacqueline du Pré’s masterclasses which were recorded for the BBC.

Melissa Phelps has premiered many new works including pieces by Witold Lutoslawski, Mark-Anthony Turnage and Michael Nyman. She has recorded for Decca, ASV, Meridian and Teldec, winning a 'Best Chamber Music Record of the Year Award'.

She plays on a cello by Francesco Goffriller, made in Venice in 1723. 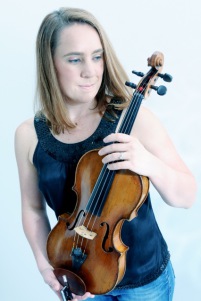 Louise Lansdown was appointed Head of Strings at Birmingham Conservatoire in 2012, after holding the position of Senior Lecturer in the School of Strings at the Royal Northern College of Music in Manchester from 2001-2012. Louise is the founder of the Cecil Aronowitz International Viola Competition, launched at Birmingham Conservatoire in October 2014 as well as the founder and President of the British Viola Society. She is the Secretary of the International Viola Society, on the Council of Management of Lake District Summer Music, a Trustee of the European String Teachers Association, on the board of the Quartet of Peace Trust and directs the Conservatoire based viola course at Pro Corda, Suffolk.

Louise, along with her viola students is the founder of a major distance learning education project that Birmingham Conservatoire will run in collaboration with Music is a Great Investment, Soweto, South Africa called “ARCO”. The project was launched in July 2015.

She plays on a French Viola c.1750 and 1890 Sartory bow, both previously belonged to the South African violist 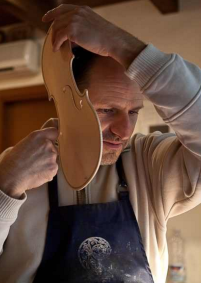 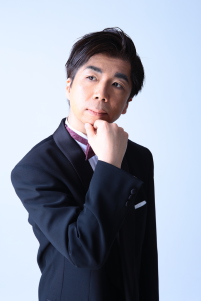 Playing piano from the age of five, he won the All Japan Student Music Competition, which allowed him to join the Toho Gakuen School of Music, Tokyo - the most prestigious music school in Japan. Upon graduation he received a German National Scholarship to further pursue his studies at the Universität der Künste Berlin, with Professors Erich Andreas and Pascal Devoyon.

He is the winner of the First Prize at Senigallia International Piano Competition, Italy (1999), and of the Grand Prix (First Prize) at the prestigious Monte-Carlo Piano Masters, Monaco (2000). His numerous concert activities include solo performances with Das Sinfonieorchester Berlin, Orchestra del Teatro Olimpico di Vicenza, Filarmonica Marchigiana, Orchestre Philharmonique de Monte-Carlo, Orchestra Nacional do Porto, Tokyo Philharmonic Orchestra, Tokyo City Philharmonic Orchestra, Tokyo Mozart Players and Tokyo Symphony Orchestra, among others. He has performed in solo recitals, chamber music concerts, and as accompanist for Lied and Opera, in most European countries and Japan. In addition he is a regular at several International Music Festivals in Austria, France, and Germany.

Kumi Matsuo was born in Tokyo, Japan. Winner of the 5th Louisiana International Piano Competition in 2013, she has also won Second Prize at the 75th Music Competition of Japan in 2006, Third Prize at the 22nd Ferrol International Piano Competition in 2008 and First Prize at the 6th Isidor Bajic International Piano Competition in 2012.
Kumi graduated from the Toho Gakuen High School of Music and the Toho Gakuen University of Music in Tokyo. In 2007 she moved to London for her further study at the Royal College of Music where she gained an Artist Diploma and a Master of Music in Performance. Kumi studied piano with Jyoko Gondo, Mikhail Voskresensky, John Blakely and Ashley Wass and chamber music with Jan Repko. Her study was supported by the Charles Napper Award, the Russell Gander Award and the Rohm Music Foundation.
In 2008 Kumi won RCM concerto competition and gave her London debut playing Ravel's Piano Concerto for Left Hand in Cadogan Hall with RCM Sinfonietta conducted by Peter Stark. In 2009 she played Schnittke's Concerto Grosso No.1 with RCM Chamber Orchestra under Vladimir Jurowski at the Queen Elisabeth Hall and in 2012 she also performed Prokofiev's 3rd Piano Concerto with RCM Symphony Orchestra under Martin André at the Royal College of Music. Kumi has played solo and chamber music in UK, USA, France, Holland, Poland, Romania, India and Japan and performed as a soloist with orchestras such as Tokyo Symphony Orchestra, Galicia Symphony Orchestra, Banatul Symphony Orchestra, Rapides Symphony Orchestra, Constanza Symphony Orchestra and Louisiana Philharmonic Orchestra. She recently gave her New York debut at Carnegie Hall Weill Recital Hall.

Tomoko was born in Japan and began her piano studies at the age of 4. She won the National Competition for Elementary Students at the age of 11 and went on to perform romantic and virtuoso repertoire such as the Concerto No. 2 by Liszt.

In the ’80s she moved to Europe where she continued her studies at the Ecole Normale Supérieur de Musique de Paris, the International Academy “L.Perosi” of Biella, and the National Conservatory “G.Verdi” of Turin, gaining all diplomas with unanimous acclaim. She has been the winner of many International Competitions (“Città di Senigallia”, “Viotti-Valsesia”, “Città di Pavia”, and “Città di Sulmona”) and studied under the following teachers: Masako Nakata, Masutaka Kanazawa, Jean Micault, Lucia Immirzi Pennarola, Aldo Ciccolini, Boris Petrushansky.

Her solo recitals and concerto performances include concerts in Italy, France, Germany, Switzerland, Romania, Belarus, and in Japan.

She has received prestigious recognition for her playing in Japan ; in 2001 the “Aoyama Music Prize” of Kyoto, in 2009 “Kobe-Nada Lions Club Music Prize”, and in 2015 “Barock Saal Prize”.

At present she is Cooperating Pianist at the Accademia del Teatro alla Scala del Balletto in Milan  and is active in solo playing, chamber music and accompaniment.